Enlightenment is a journey, not a sprint

As I was developing content for my new website, I was poking around on the Internet. I found that some people were claiming that the path to spiritual enlightenment can be quick and easy and can take no time at all. That doesn’t sit well with me, given that, for me the past several years have been all about spiritual growth, purification and living and “being” the truth – even in the face of confusion, misunderstandings and alienation from those around me.

So, let me tell you what I think:

“There are no shortcuts to enlightenment; you must live it to be it!”

While everyone has his or her own version or experience of enlightenment, mine has not been easy. In fact, quite the opposite.

The previous message came to me in the middle of the night several years ago and has been true to the tenth degree on more than one occasion since.

Living in truth hasn’t only been about seeing truth and aligning with it from the moment of my awareness of it. My awareness of it has sometimes taken me backwards in time and space, allowing me to recall the many roads I have traveled – some good, many not so good. The not-so-good ways are actually perfect because they take me to a deeper understanding of what living in this human body is really about. My continued spiritual work helps me to overcome constructed behaviors taken on over my lifetime that helped me to endure the cruelty and lack of compassion I experienced. I now need to un-learn my habit of stuffing my emotions deeply into my being.

Beginning the process of enlightenment is like climbing down a ladder into a dark well of complete blackness with only my innate senses and my faith to guide me. And as I mentioned previously, many times in this process I took a wrong turn. 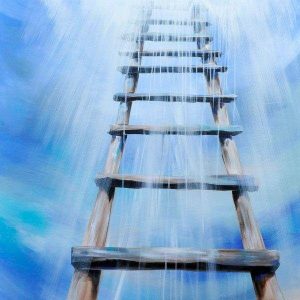 To be enlightened can represent the climb back up the ladder and out of the darkness, exhibiting a new strength, developing a new relationship, seeing things from a new perspective, and having a new sense of purpose and a way of being a light for others in the dark places of this planet. And I pray that I can share my enlightenment with those seeking answers to their own plights.

I sense that the most painful and severe lessons or burdens (as some would call them) can be the most profound realizations we souls can experience on earth. And if we are willing to be humble and see through the ego, we may just catch a glimpse of the many detailed arrangements of our lessons laid out before us by the Divine.

We may just bear witness to the never ending and always present love of God, made manifest by the creator’s helpers as they carry out the many tasks that support the evolution of the Universe.

We must be willing to see the beliefs and constructs we have taken on, making them a part of our reality. We must realize the untruths of these experiences, allowing our emotions around them to surface, feeling them, embodying them and then releasing them. This process forever heals the wounds that tether our human selves to these painful events…not to be forgotten but to be released and forgiven and forever transformed from untruth to truth.

I invite you to become a part of the community. Join the conversation and share your story as it relates to the ideas in “our” blog. 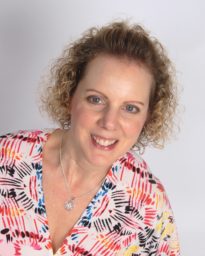 My Unconventional Journey Home: A story of transcendence from pain to power

This is not your usual memoir. Instead of simply telling you my life's story, I am inviting you on a metaphorical tour bus of my spiritual awakening. My hope is that you will find inspiration and aspiration for your own life within its pages.